Valiant Hearts: The Great War Review
A story of love, loyalty, and sacrifice

When Valiant Hearts: The Great War was announced during E3 I was immediately intrigued because of the art style and the subject matter. Sure, there are a lot of war-based games and even some trench warfare based games but Valiant Hearts is a different game entirely.

For starters, it’s not a shooter nor is it a tactical strategy game. Valiant Hearts: The Great War is an action puzzler. The game was inspired by letters written during the Great War and you assume control of five characters whose lives all intertwine in one way or another. There are history anecdotes for each location of the game you explore as well as background information on items you pick up. 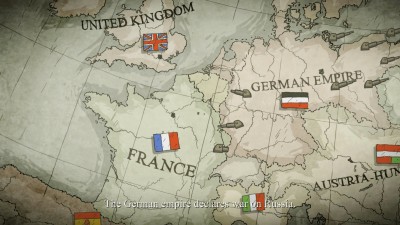 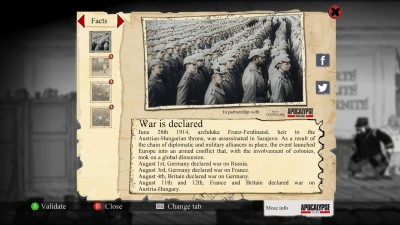 The game begins in 1914 where Archduke Franz Ferdinand has been assassinated and Germany declares war on Russia in response. As a result, France begins to deport German citizens and this is where the game’s story really starts. Each of the five protagonists have their own reasons for being dragged into the war and seek to fulfil these reasons. You learn about their stories through narration, their audible grunts/noise they make, and through the actions that they each take.

Valiant Hearts is brutally honest when it comes to detailing the horrors of war. As you run through the beautiful French countryside the bodies of your comrades are being blown up. Bodies lay piled up in the background, foreground, and drop right in front of you. It’s not gory at all but it does make you think. The war had a horrible effect on everyone – not just those on the front lines.

The puzzles in the game are usually obstacles. In order to get to the next room or trigger something you’ll be required to solve a puzzle. They’re relatively easy though some will make you use your brain a bit more. There are also semi-hidden historical artifacts/items that you find throughout each level and each has background information on their purpose during the Great War. 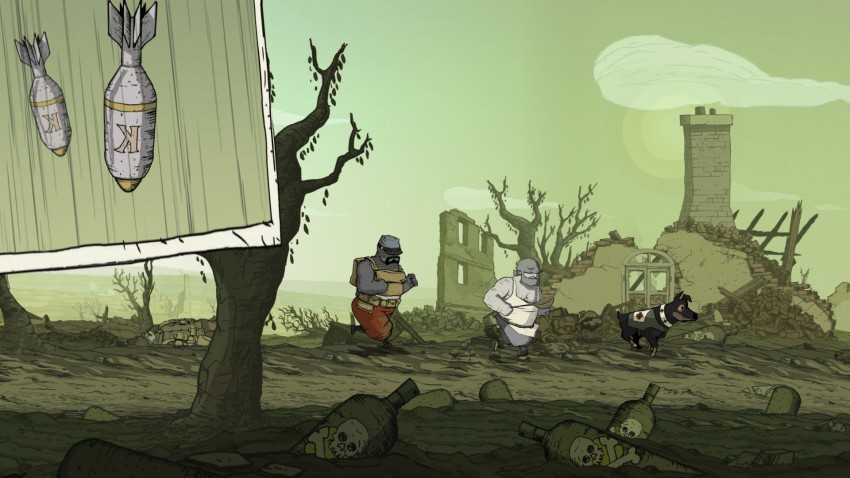 Each playable character has a unique ability with the dog having a few extra. While each character has their own story there will be times where you are able to control three characters at once, each fulfilling a different role. The dog is one of my favorites and one ability that all the characters have is the ability to give the dog belly rubs!

The game’s art and animations are so fluid that you sometimes wonder if you’re just watching a show. Valiant Hearts was developed using the UbiArt framework, the same one used for the JRPG game, Child of Light. Explosions are pretty cool in this game and so are the passive fighting animations. I love the background scenery and they do a great job at setting the tone of the game. My heart strings have never been tugged so hard during the really sad scenes.

I think it took me about 4-5hrs to complete the game. I read every historical fact and spent time looking for all the historical items. I missed a few but not too many. It’s an emotional game and while the ending stays true to the nature of war, I thought it was necessary. Overall, it’s a great history lesson bundled into a beautiful game.