Three Dead Zed Review
Zombies and Cats... what more do you want?

Three Dead Zed by Gentleman Squid Studio is a puzzle-platformer that you will either love or hate. It does have one cool element that separates it from the rest of the pack – the ability to switch on-the-fly between three different characters. Three Dead Zed also has a unique hand drawn style to it that gives it a distinct look, but is that enough to make it worth your time?

In Three Dead Zed you are an experimental zombie who has been led astray by a mysterious voice. The voice wants you to perform tasks for him while he assists you in your escape of the test facility. What does he want you to do? Eat the brain of every human? Save the world? Nah, he wants you to save cats by knocking tin foil hats off of their heads. 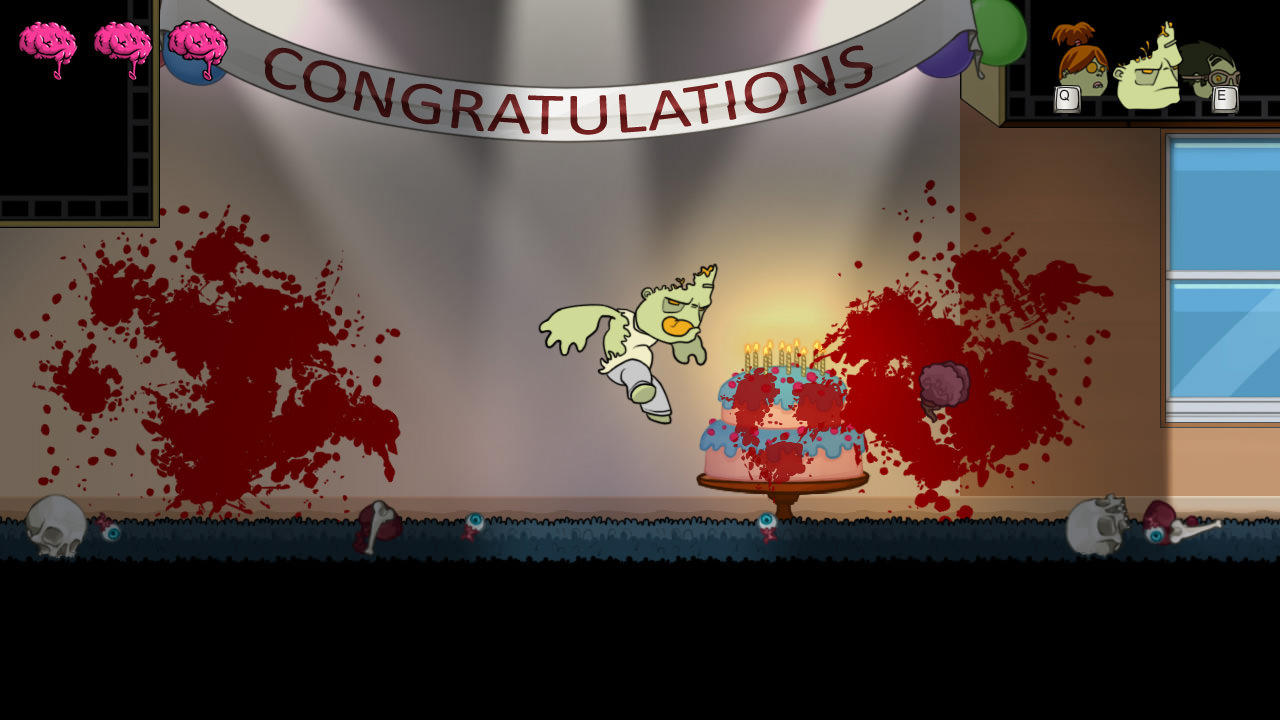 Although the story is relatively simple, it is fleshed out a bit as there are hidden rooms that contain messages that give players more insight as to what is happening. Let’s be honest here, the story only serves as a reason to get from point A to point B and nothing else. This is not necessarily a bad thing though the meat of the game is the platforming and not the story.

The main premise of the game is the ability to morph into three different zombies who each have their own abilities. The different forms are the regular zombie, the heavy zombie, and the agile zombie. Players are going to have to switch back and forth between zombies to make their way to the end of the level.

The heavy zombie is exactly what you expect it would be. It is slow and lumbering, can take a lot of damage from enemies, kill practically any enemy with one hit, and break through walls. You will switch to this character when you have to deal with multiple enemies or break through a wall.

The agile zombie, which is the most frequently used in the game, can move very fast, jump on and cling to walls, but cannot attack or take very much damage. Most of the game you will be using this zombie to get to higher ledges with precise jumping and timing.

As mentioned before, you will use all three forms to get to the end of a level to knock the tin foil hat off a cat. The early levels of the game are pretty straightforward and getting to the end of one won’t be much of a challenge to many. When you get to the later levels is when the game starts demanding precise control of zombies to proceed. It may take a few tries to get by a certain area but nothing too frustrating. The game does have checkpoints scattered throughout a level so if you die it won’t put you at the beginning of the stage which is nice.

Three Dead Zed is one of the more forgiving puzzle-platformers out on the market and even though it has an option to rage quit, most players won’t have to use it. The last few levels of the game have some nice puzzles where timing, patience, and control play a key role in finishing the level.

I didn’t have too many issues with the game but there were some clipping issues and random deaths. There were a few instances where I was crushed by a platform when I was not under it. There was also one part of the game where I would randomly get killed when there were no enemies or platforms to crush me around.  These were minor issues, but nothing that would hurt the game overall. 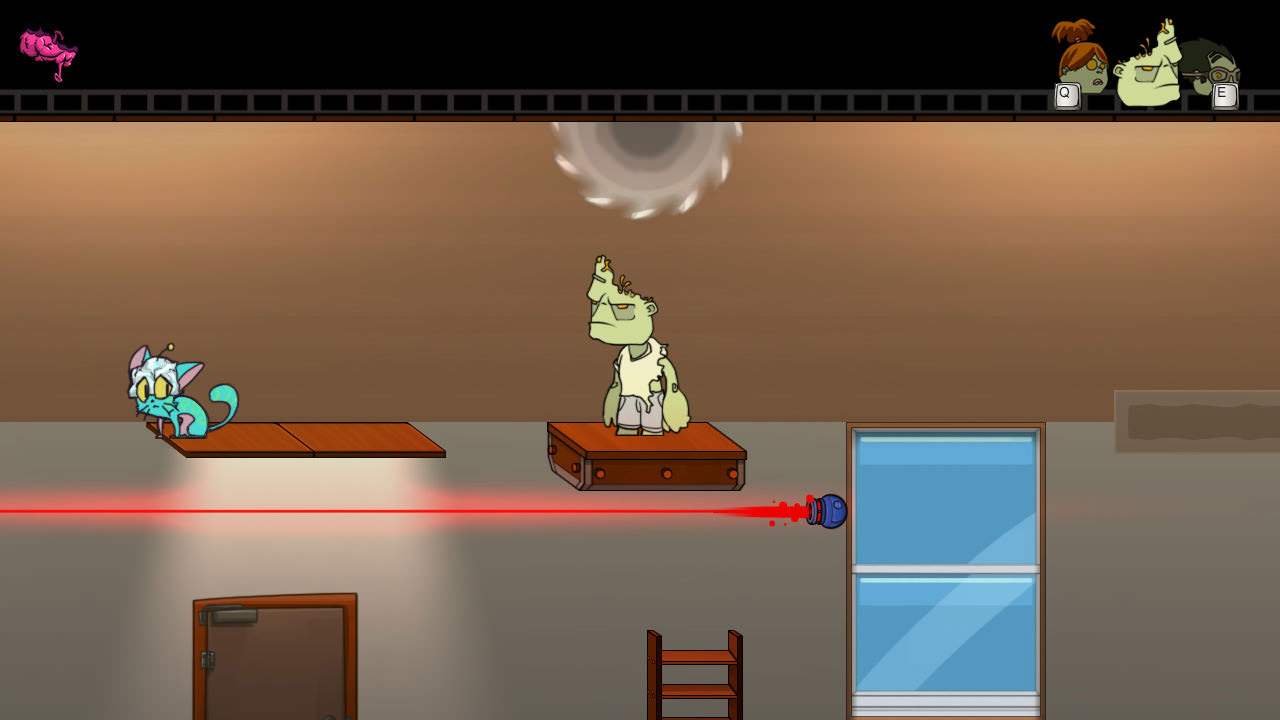 There are only two major issues I had with the game. The first is that the voice work of the game is a little rough. I’m not exactly sure what irked me about the voice work but I would have much rather read the story dialogue than have it narrated. That is just personal preference though so I won’t ding the game for it. The other issue I had with the game is that it’s so short. I pretty much finished the game in one sitting. From beginning to end it took me just under two hours to complete.  The game does have some replayability though. When you complete the main story a challenge mode is unlocked. The challenge mode levels will test your mastery of the mechanics of the game and will add some additional play time to the game.

Overall, Three Dead Zed is a solid platformer that has its own distinct feel and visual style. The game isn’t perfect, but if you enjoy puzzle-platformers then Three Dead Zed may pique your interest. If you go into the game with an open mind you may find yourself enjoying the game a lot more than you imagined.