First Impression: Use of Force
Immersive documentary turns you into an eyewitness

Title
Use of Force

One of the games that really surprised me at IndieCade was one called Use of Force and to be honest it really wasn’t a game. It was more of an installation piece (for those who aren’t familiar, it’s an art term to describe a work of art’s display) but interesting nonetheless.

Use of Force is a virtual reality documentary that recreates the event in which an immigrant, Anastasio Hernandez Rojas, was beaten and tasered to death by border patrol. Through the use of virtual reality goggles and a full-body motion tracking system you experience the traumatic event as an eyewitness along the US-Mexican border.

The virtual reality documentary references videos that were captured at the incident along with authentic sound clips to immerse the participants. You’re able to “walk around” the scene which makes it a bit more real.

When we walked up to the table we thought it was another VR game. They had roped off an area for participants to walk around while in the documentary and in the background you can see exactly what they were seeing. If the line wasn’t as long we would have jumped in to experience Use of Force for ourselves.

The issues regarding human rights and police brutality are hot topics right now and can be controversial but I think they are doing a good job at getting people involved by creating this VR documentary. 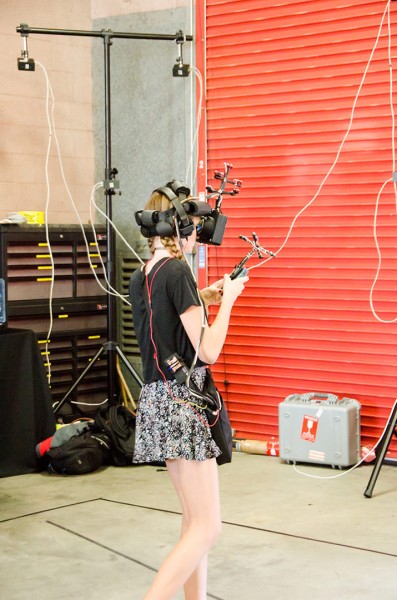