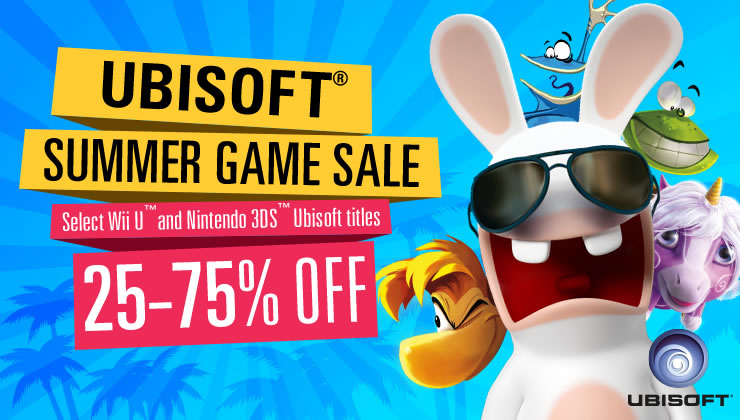 It seems like everyone is trying to get in on the summer sale thing and Ubisoft is not one to be left behind. To kick it off, Ubisoft is offering up to 75% off select Ubisoft titles from the Nintendo eShop.

For the first time ever, Ubisoft is offering their entire Nintendo 3DS digital catalog for 75% off. You can pick up Tom Clancy’s Ghost Recon Shadow Wars and Rayman 3D. Below is a list of the current deals: