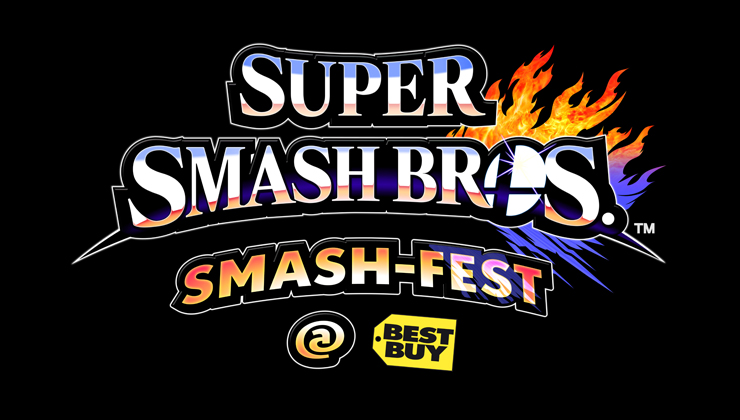 It looks like Nintendo has a surprise up their sleeve! In partnership with Best Buy, Nintendo will be offering players a chance to play Super Smash Bros. for WiiU before it launches in store later this year. This event is only going to be available in select stores on June 11th between 4-9pm and June 14th between 12-5pm at your local time. The event is called the “Super Smash Bros. Smash-Fest @ Best Buy.”

This will be the same four-player demo version that people will get to play at the upcoming E3 2014. In addition to the demo, the first 70 attendees who pre-order the game for WiiU or Nintendo 3DS at each event will receive a rare collectible Super Smash Bros. gold coin! As a bonus offer people will get a $5 My Best Buy Rewards Zone certificate when they both pre-order and pick up their game upon release.

This seems like a great even and the goodies for pre-ordering aren’t too shabby.

For more information on the Smash Fest and to locate participating Best Buy locations visit http://www.bestbuy.com/smashfest