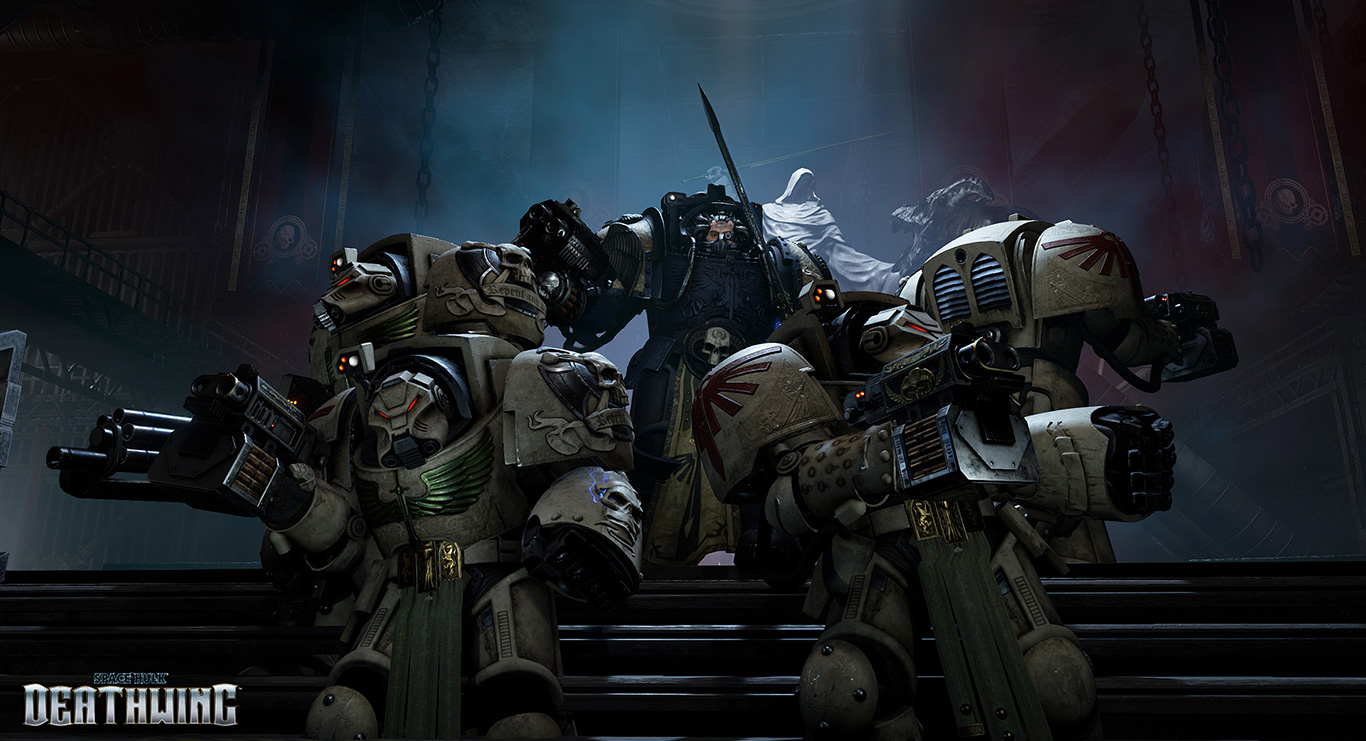 Prepare to be excited because Streum on Studio has announced today that their game, Space Hulk: Deathwing, is planned for launch in 2015 on PS4. They have also released a brand new trailer using the game’s engine, the amazingly beautiful Unreal Engine 4.

Space Hulk: Deathwing is a first-person shooter version of the Space Hulk board game, set in the Warhammer 40,000 universe. As you can tell from the trailer (and if you’ve ever played the two-person board game) you’ll notice the inspiration from the Alien movies. Players will assume the role of a Space Marine from one of the most secret and feared Space Marine Companies: the Deathwing from the Dark Angels. Your mission is to explore Space Hulks, a mass of ancient, derelict starships, asteroids, and other assorted debris, and survive the Genestealers (aliens) who have made their home in these hulks.