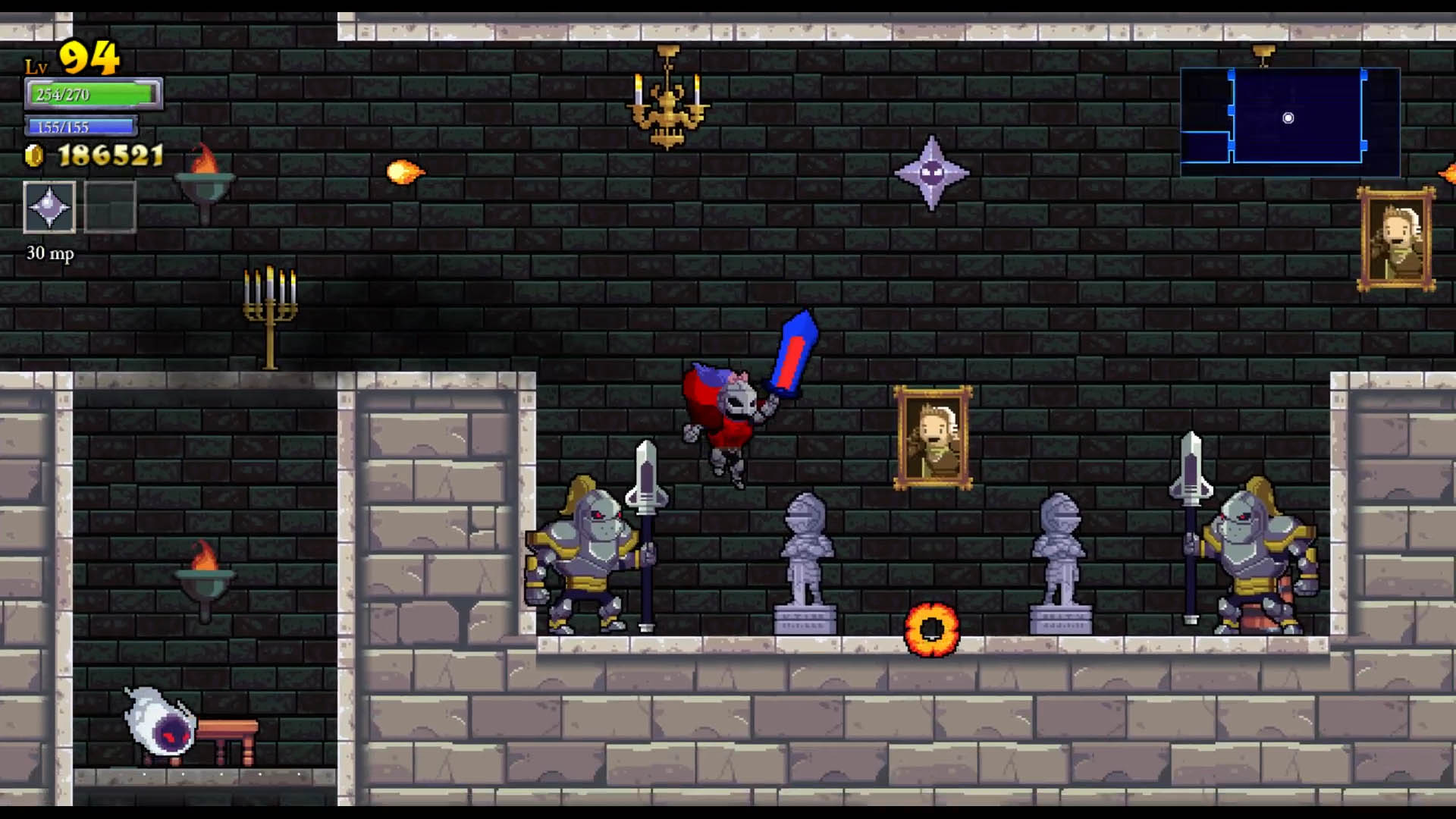 PlayStation fans, the time has come! Rogue Legacy will be released on ALL PlayStation platforms July 29th, 2014 thanks to Abstraction Games. They are the game development and platform adaptation studio responsible for bringing the game to PlayStation.

Rogue Legacy is a rogue-lite game where you must conquer a magic castle that is constantly changing. Every time you die you are succeeded by your children and each child has their own unique genetic traits. One child might be color-blind while another could have ADHD. Every play through is unique and will never be the same.

When you die, your money gets passed down to your children so that they aren’t at a disadvantage while defending your family’s honor. We’ve had the opportunity to play the game at E3 and it’s pretty damn hard. The money you pass down will enable your children to upgrade their weapon, armor, and purchase items. You’ll need it for a chance at surviving!

A few things to note about the PlayStation versions from the developers themselves: