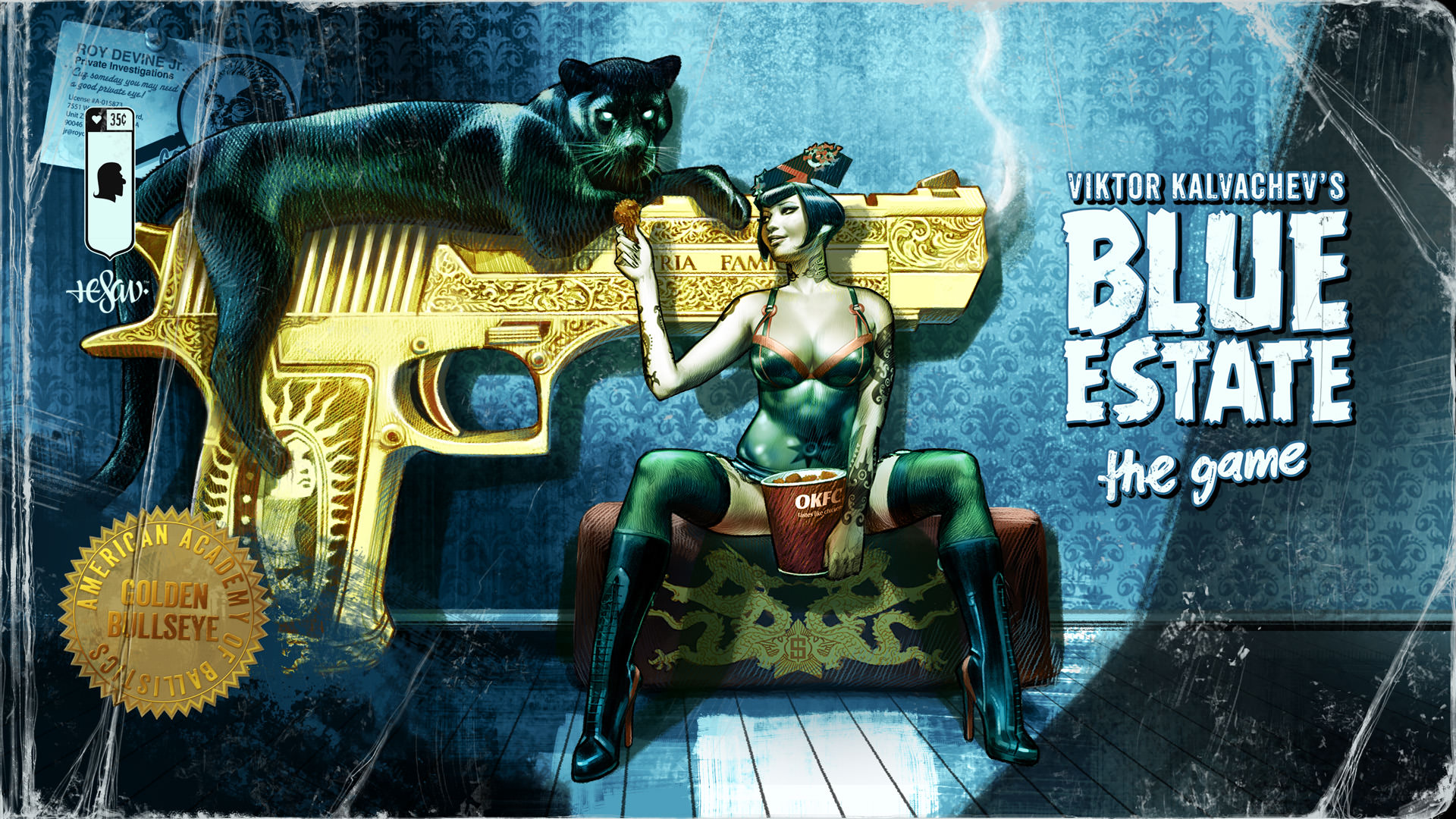 Viktor Kalvachev’s Blue Estate was released today for the PS4. If you’re not familiar with the game, it’s a rail shooter based on comic books of the same name. If you’re not familiar with what a rail shooter is just think of Time Crisis. You are limited to only controlling where to shoot or move your character. You do not control the path your character takes (where they walk).

In Blue Estate you assume control of Tony Luciano, the homicidal son of LA’s crime boss Don Luciano, and Clarence, a broke ex-Navy Seal who has been hired to clean up Tony’s mess. Using your DualShock 4’s controller (the game utilizing the gyroscopic features  advanced sensors) you’re in a fight for your life against some off-the-wall enemies.

The last rail shooter I’ve played that wasn’t Time Crisis was Pokemon Snap. I’m interested to see how this will fair. There is a launch trailer and while it looks action-packed with some great dialogue there is also a lot of people sitting on toilets.