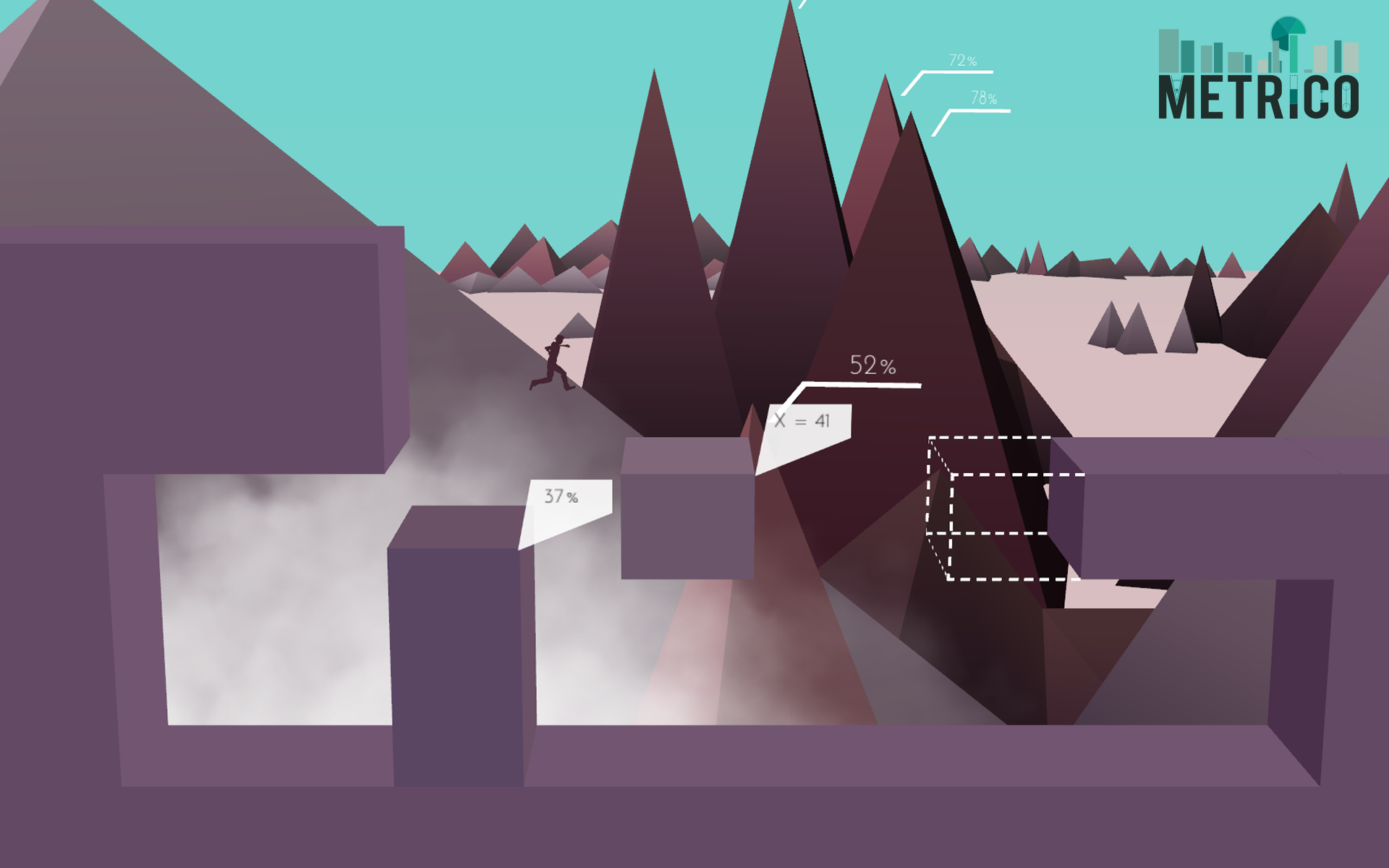 Back in June we were able to play Metrico while it demoed at E3 and it was one of the games that really impressed us. Digital Dreams has announced today that Metrico will be available on the PlayStation Network on August 5th in the US and exclusively for the PS Vita.

“The main reason we took such a long time to show game play footage is because we always felt the main mechanics of Metrico are quite tricky to explain through video. We never got around to solving this, even though this is probably a recurring issue for novel game concepts. We tried to explain the ‘Input Morphing’ mechanic in a blog post before, but it explains itself best when you play Metrico yourself. Those of you who already played Metrico will hopefully agree on this.”

Not only have they released a new trailer but they have decided to offer a sneak peek into the world of Metrico for everybody. A free demo will be available when Metrico releases and this demo consists of the entire first world! In terms of game play, the first world is about 5% of the entire game. The game gets increasingly complex and difficult in every world.