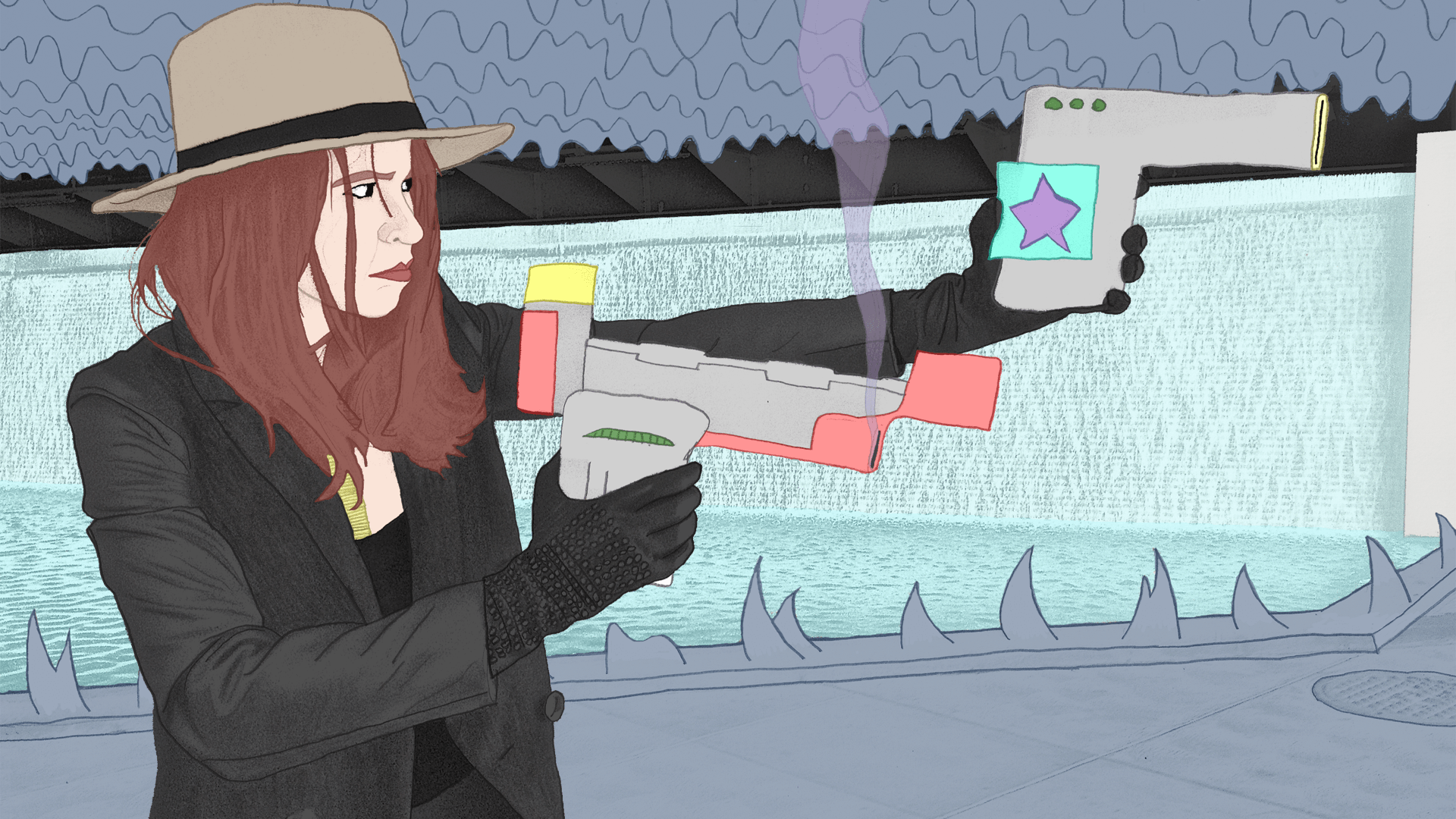 Alright, if you’re into weird games (and I mean weird games) then One Way Trip might be right up your alley.

One Way Trip is a game where two brothers find out they’ve been poisoned in a mass attack on the water supply that has left a large portion of the nation with only six hours to live. Oh, you’re also hallucinating because you’ve been poisoned. How you choose to spend those last six hours is all up to you in the game.

When I started the demo I played for about five minutes and realized all I was doing was reading. When would we get to some action here? Little did I know I was playing the story mode. In story mode all you do is talk to other people and influence them in one way or another. Ugh. This wouldn’t be so bad if all the characters didn’t speak in some form of hip-hop language. It was pretty funny and then it got rather annoying.

I learned that there was another mode that has turn-based third-person shooting. You and your squad try to survive against weird enemies and it’s just weird.

I don’t know. This game was just really weird. One Way Trip will be launching for PS4 and PS Vita in 2015 but you can check out some of the exciting gameplay in our demo video.