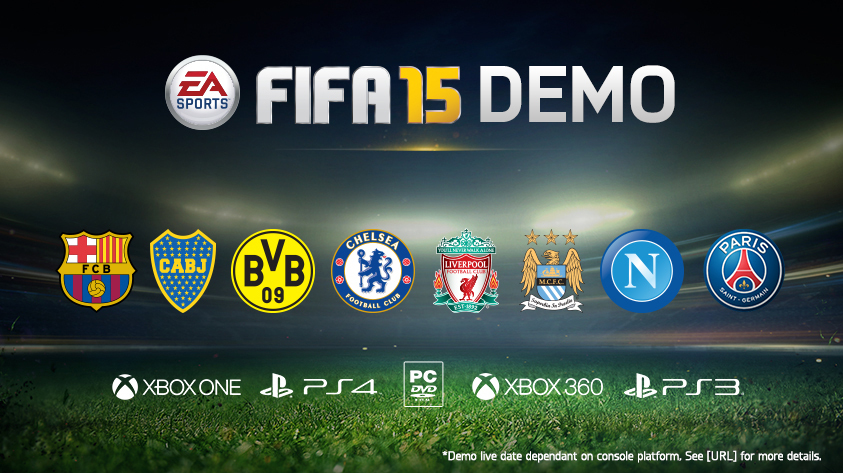 Fans of the world’s most popular franchise will be happy to know that playable demo of FIFA 15 is now available! Find it on:

The demo will be available for PlayStation 4 users later today and it will be available on the Xbox 360 for Xbox Live Silver members beginning Sept. 16th. You can download the demo here: http://www.easports.com/fifa/demo